You may think that Facebook Ad Campaigns evenly distribute their budget to all of their ads. They don't. Here's how they really work. 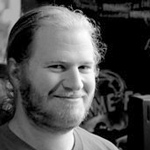 You may think that when you run multiple Facebook ads in a single campaign each ad will receive an even slice of the budget. This is not the case. Instead, Facebook is running a multi-armed bandit test across all the ads in the campaign.

For example, here is a test campaign I ran with three ads. The only variation between the ads is the image. They are all targeted to the same demographic, 18-34 year old men in Brazil who are interested in Shooter games. All three ads started running at the same time.

Notice that the middle ad got 95.7% of the ad spend. Earlier in the day it was the first ad clicked. At that point, as the “best performing” ad, Facebook decided to put most of the campaign budget into it. Facebook reserved some amount of the budget, here 4.3%, for “exploration” – trying the other ads to see if they produce better results. By the end of the day the third ad is a strong candidate for outperforming Facebook’s currently chosen ad.

This pattern will continue over the next few days. Each day, Facebook will put less money into exploring other candidates. Within a couple of weeks, the entire campaign budget will only go towards a single ad.

The top benefit of this approach is that it optimizes for mean regret. That is, over time and repeated campaigns, this approach will always produce the most conversions. However, this approach is terrible if your goal is to determine which ad is statistically the best performing. Your daily budget will need to be at least $50 to provide enough impressions to determine statistical significance under Facebook’s method. If each ad were getting an equal share of the budget, you could determine the best ad with only $13 in spend.

Get to the Fun